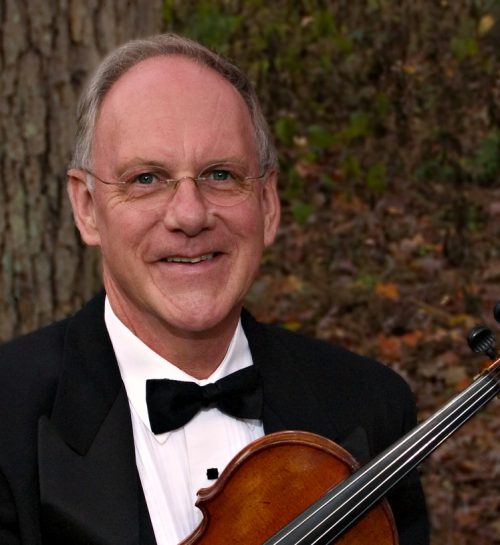 Always in our hearts and minds…

Dale Arthur Young was born in Milwaukee on November 13, 1945, the eldest son of Frances (Champion) and Jack Young. He graduated from Bay View High School, earned his Bachelor of Arts degree from Carroll College, and then earned his Master of Science, in Teaching, degree from UW-Eau Claire. Dale began his teaching career in Pittsville, WI, in 1967, where he taught choral music. In 1968, he moved to Eau Claire to teach strings/orchestra. There, in September 1970, he met the love of his life, Loretta Allen; they were married on April 4, 1971.

Music was always the center of Dale’s life. He taught strings/orchestra for 32 years, retiring in 2001. Dale was a founder and member of the Chippewa Valley Symphony Orchestra, serving as concertmaster for 32 years. Dale was a member of the Chippewa Valley String Quartet and two barbershop quartets. Dale and Loretta always shared an interest in choral music. They joined the Chancel Choir of First Congregational UCC-Eau Claire in 1972, and also enjoyed singing in a variety of venues on choral tours of Europe. Dale performed as a soloist in various choirs around Eau Claire.

Dale enjoyed operating Class Apple orchard, gardening, painting homes, and using his skills to help others. He was active in the life of 1st Congregational UCC in many ways, including Habitat for Humanity, and Community Table. He also served his church on the Facilities Committee for several years, working on projects such as landscaping the grounds and occasionally painting. Dale and Loretta also participated in Moon Beach UCC family camp, located in St. Germaine, WI, every year for over 30 years. They also shared a love of nature and the outdoors.

He was a generous, gentle, kind, respectful man with a great sense of humor. He will be dearly missed and fondly remembered.